El Mural Poblanos, so named for its colorful wall murals and just a few blocks from Puebla’s Zócalo (the city’s main plaza) is THE place to dine on Poblano mole, the traditional dish of this region, located just south of Mexico City. There are five moles offered on the restaurant’s diverse menu and they range from mild to the piquante (spicy).

There are many things we love about this restaurant not the least of which is that the menu is in both Spanish and English. Another plus is that you can customize your meal: first you pick the sauce and then you pick your protein – chicken, duck or pork. These are the traditional meats served with mole.

I’m not a fan of spicy food and the El Pipian Verde, made with pumpkin seeds, tamatillos, mild chiles and regional herbs served over chicken thighs and with rice and refried beans was absolutely perfect.

Other menu items include soups, salads, meat and fish entrees and, of course, postres (desserts) – try the Puebla version of Creme Caramel.

A large, colourful mural, from which the restaurant takes its name, is the focal point of the restaurant. In vivid hues it depicts the beginning of the Mexican Revoltuon of 1910.

The food lives up to expectation, staff is courtesy and sevice is excellent. A must visit if you find yourself in Puebla. Visit their site

The family-owned La Casita located about 12 blocks from Puebla’s Zocalo is all about local, seasonal and traditional. Owner Angelica Bravo says that guests will find the same traditional foods here as Poblano familes serve daily in their homes.

When the rains begin in May, Huitlacoche (corn truffles) purchased from local foragers is a favourite menu item.

July to September, she says, Chile En Nogava finds it’s way on to the menu because the dish calls for chile stuffed with fruit that is only available during the summer season.

October to the end of November, patrons can expect to find Huaxmole de Caveras on the menu. Bravo explains that the dish is made from the hips of a Huaxmole, a goal-like animal that travels to Puebla from Guerrero and Oaxaca over the period of a year to gather for a ceremony prior to being – shall we say – “prepared” for consumption. (The word “slaughtered” conjures up such a horrible deed.)

Other Poblano favourites – that may or may not fall under the category of “culinary adventure” depending on whom you ask – include Gusano de Maguey the worms that grow under the Maguey cactus. They are fried until crispy then wrapped in a taco with advocado and a dap of hot sauce. I tried them and, if memory serves, they taste a lot like overcooked bacon – no real taste, mostly just crunch. And, yes Bravo tells me, they are washed before being cooked.

Then there are Escamoles (ant larva). I tried them years ago and these, cooked with onion and pepper tasted a lot different than I recall. I remember Escamoles tasting rather like cottage cheese but the dish I tried at La Casita was not cheesy tasting at all. In former times, Escamoles was considered food for the poor, now it’s looked upon as caviar.

There are plenty of other other items on the menu such as a perfect-for-chilly-days pumpking flower soup with onion, corn and peppers. They also have steamed fish wrapped in a Hoja Santa (a local leaf) and served with grilled veggies and salad. For dessert try the made-in-house Pina Sorbet.

It’s a little outside the historic heart of Puebla but taxis here are very inexpensive and La Casita is definately worth a visit. 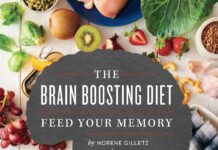 Review of The Brain Booster Diet: Feed Your Memory by Norene Gilletz and Dr. Edward Wein 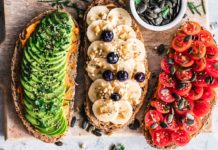 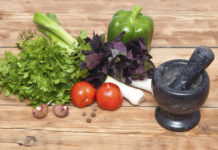 Round up of Culinary Retreats 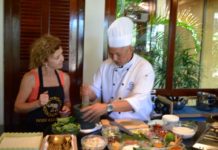 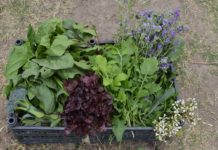 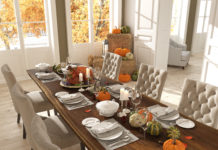 7 Healthy Foodie Things To Do This Fall