Miraj Hammam owner, Surinder Bains, likes to joke that she offers a Moroccan experience without transferring at hectic Heathrow. No joke. She has succeeded in transporting this steamy, Middle Eastern event to a large Vancouver following. It’s also considered one of Vancouver’s best spas. Okay, it’s far more upscale than my Hammam visit in a Berber village where my friend and I were steamed and scrubbed ‘en masse’ in a communal bath then slapped around a bit to get circulation going and dispersed into the starry night.

In Middle Eastern cultures the hammam, which consists of a series of steam and water rooms followed by a Gommage (vigorous scrub), originated as a procedure to increase men’s fertility. It progressed to being a weekly cleansing for everyone with separate bathhouses for men and women. At Miraj Hammam there are specific times for women, men and couples.

The first of its kind in North America when it opened in 2000, Miraj Hammam is a small, peaceful place, where you don a sarong and enter a private steam room to drip delightfully, imagining all those criminal toxins exiting your body. My attendant, Darlene Araujo, checked on me regularly during the 20 minutes.

Feeling for some reason like Cleopatra, I next lay on a golden marble platform in the buff. Starting with my feet my body was scrubbed with a roughly surfaced Gommage glove and black olive Moroccan soap. If there is a word of the decade in the spa world it is ‘exfoliate’ and this intense one does the trick. By the time Darlene gently hoses me down, I’m squeaky clean.

This is followed by a massage (it can be from 15 to 90 minutes). If you revel in a deep, get-those-knots-out’ touch, request Yiota Moldovanos. This was a blissful massage using one of the spa’s customized ‘Pure Attar’ oils called Moroccan Moon. Everything at this spa exudes originality, especially the grand finale where you are escorted to a cushioned platform, served a special tea and a Moroccan sweet cake. Spa Miraj is an exotic haven. 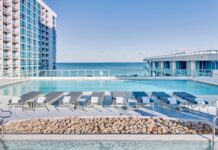 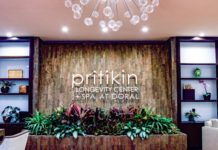 Pritikin Longevity Center + Spa, A Wellness Vacation for the Health of it 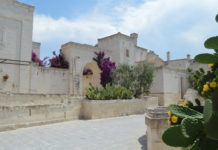 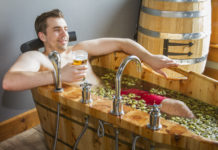 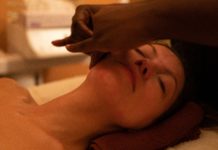 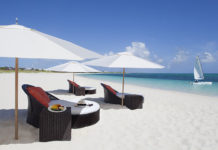