Ahhh Morocco.  One’s imagination lights up with so many images. Cassablanca, Marrakesh, the Sahara Desert, Arabian Nights, Bogart, magic lanterns and flying carpets.  Like most other boys after reading “1001 (Arabian) Nights”, I dreamed of being whisked away to that faraway land, and finally, it happened – well, sort of.  My transportation was a Boeing 787 instead of a flying carpet, and the magic lanterns were sold in gift shops, but hey, you take what you can get right?

The architecture was amazing, and not unlike what I had envisioned as a boy. Morocco is modernized and to some degree westernized at least in some areas, but I also visited places that looked like they were stuck in time a century or more ago.  You’ll find Kasbahs everywhere.  They were originally fortified living quarters for local leaders and their families and supporters.  Many of them are abandoned and decaying, and to be honest, those were the ones that piqued my interest the most.  But many have been continuously occupied and some are being re-occupied. One that I visited, El Khorbat, had been completely restored, and people were living in its mysterious passages in much the same way as they did in those days long past. 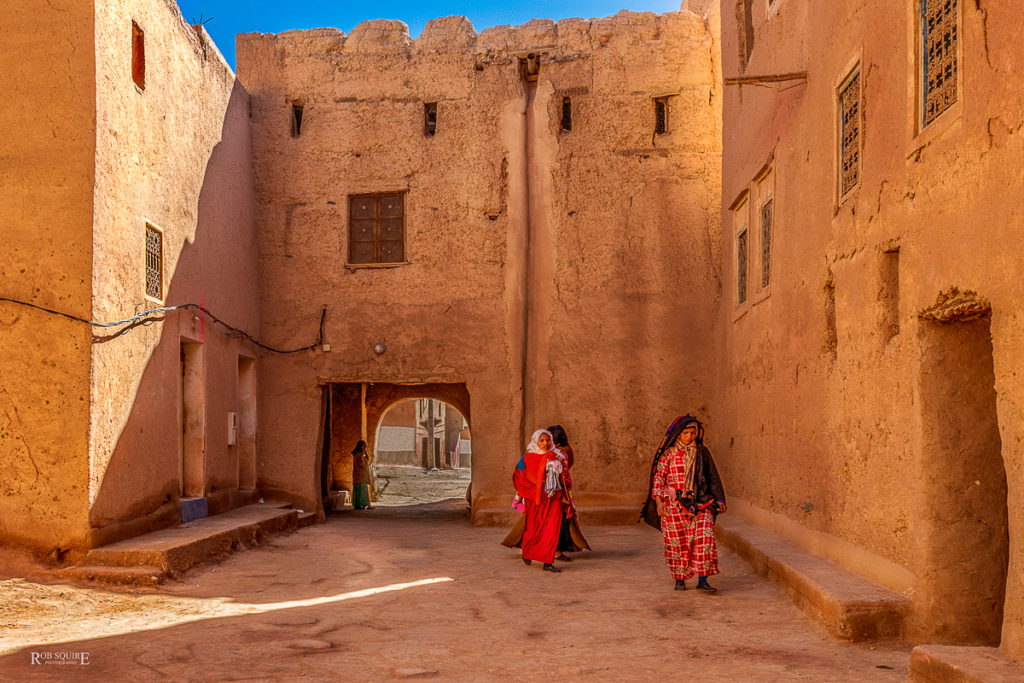 An Aladdin-like feel predominates.  You see it in the traditional dress that both men and women still wear.  Men are seen in jalabas wearing Kufis or Taqiyahs, and women enjoy colorful kaftans and other dresses.  And you see it in the décor you find everywhere from restaurants to museums to individual homes.  I loved the mysterious feel it provided.  Carpets, wine carafes, samovars, tea services all had the exotic look that transported me back to my boyhood. 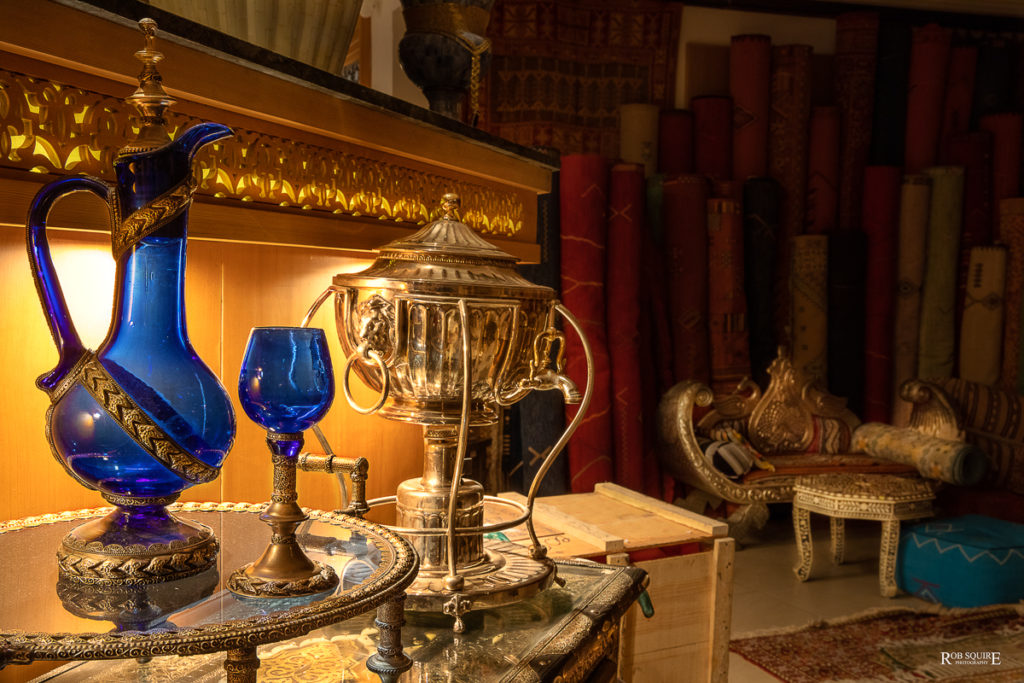 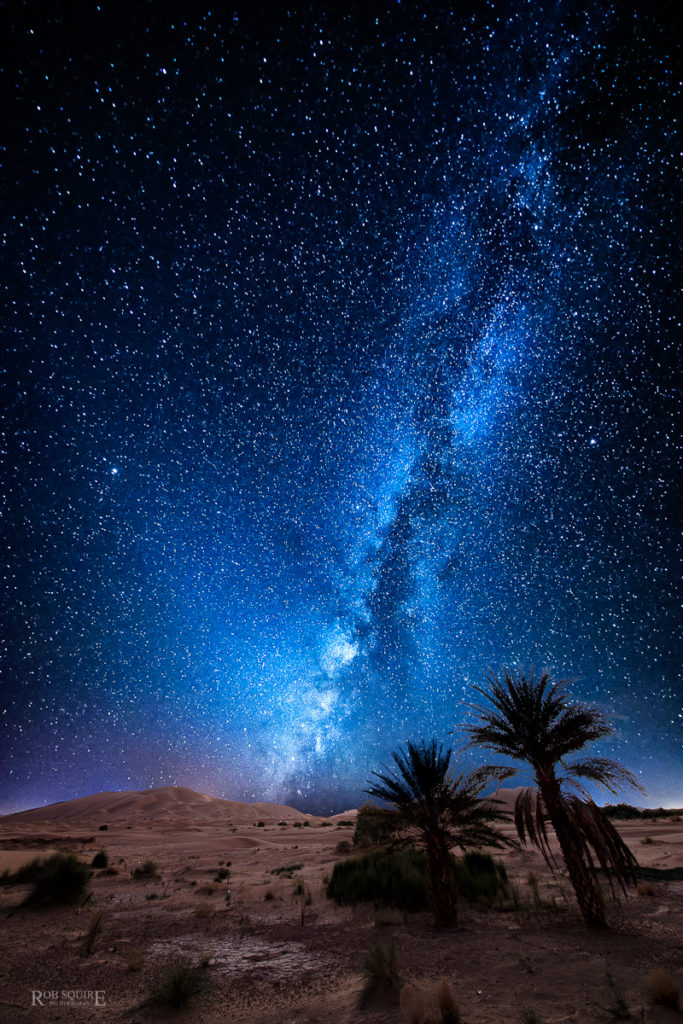 The Sahara is wonderful to experience, whether it’s riding a camel, driving a specially equipped jeep or camping in the middle of the desert. I actually did all of the above, and it was amazing to see so much sand!  Don’t rely too heavily on landmarks, because the wind is constantly changing the terrain. It’s true that it’s cold in the desert at night, regardless of how hot the day is.  I slept under a camel-hair blanket in my tent that must have weighed 15 lbs and I was very happy to have it.  The Sahara is one of those places where the night sky lights up with stars – an experience that is becoming all too rare in our world of increasingly common light pollution.  The nearest town to this desert camp in the middle of the Sahara was Rissani – not exactly a metropolis – and I still had to fight some light pollution from it.

Morocco is primarily an Islamic country.  I’ve spent a fair amount of time in countries that were predominantly Buddhist, others that were Hindu, and, Christian of course, and often there was an Islamic presence.  But this was the first country I visited where Islam was the major religion.  As in the other countries, their religion is a part of their everyday lives and often dictates what they do and when. Knowing that, I wasn’t surprised when I heard the call to prayer that is broadcast, five times a day, from minaret-mounted loudspeakers.

Being a photographer, I found out quickly that this country would present something of a challenge for me. Moroccans, generally, don’t like to be photographed. I’m not sure if it’s a culture thing or a religious thing, but they really don’t like it.  If you don’t ask permission to take someone’s photograph, you’ll likely find yourself on the receiving end of a dirty look or a tongue-lashing.  And if you do ask permission, you’ll likely be told no.

But that was a small price to pay for the experience, and the chance once again to be a boy in this far away land on the northern coast of Africa.

Photo tip:  The lighting in the shot of the wine glassware and the samovar was challenging, having a foreground that was brightly lit and the background that was much dimmer.   When most cameras set the exposure of a shot, they average the light over the entire image and set the exposure for an overall gray  (in photography parlance, 18% neutral gray).  Had I followed my camera’s setting, the foreground would have been quite overexposed.  I dialed back the exposure about one full stop, and ended up with a properly exposed foreground.  The background was underexposed, but in this case that was what I wanted in order to draw attention to the much more interesting objects on the table.

Other stories, photos and photo tips courtesy of Rob