Québec City, the capital of the Province of Quebec, sits on the banks of the Saint Lawrence River and dates back to 1608. A section of the city designated as Old Québec was proclaimed a a UNESCO World Heritage Site in 1985. Surrounded by stone walls, it is,  according to Quebec City Tourism “is the most intact fortified town north of Mexico, retaining its colonial architecture for over 400 years.”  It is also acknowledged as “the historic and cultural heart of Québec City, and the birthplace of French North America.”

About an hour’s drive from Montreal, the Eastern Townships skirts the U.S. border at Vermont, New Hampshire and Maine. While it’s home to about 160 towns and village about 80 per cent of the region is still woodlands. Visit the region and you’ll find artisans, more than 60 growers of apple orchards, maple trees and vineyards. With its 500 km (310 miles) of groomed trails the cycling network is one of the best in the province. It’s also home to four national parks and one of the first destination spas in the country. The largest city is Sherbrooke.  On of Canada’s first true wellness retreats is the Eastern township’s Spa Eastman.

One of Canada’s major year-round resort areas, The Laurentians, located about an hour’s drive north of Montreal, offers an abundance of space for outdoor activities (including an extensive network of hiking and cross-country ski trails), plus shopping, dining and spa experiences both indoors and outside.

Gatineau, the main city of the Outaouais region is located just across the Ottawa River a little more than a stone’s throw from the country’s Parliament Buildings. Gatineau-Ottawa forms Canada’s National Capital Region and is where you’ll find about a dozen of the country’s most notable museums including the stunning Canadian Museum of Civilization. Along with being a top city for museum enthusiasts, it’s also a top-drawer destination for nature lovers. Gatineau Park is renowned for its paddling activities and year-round groomed trails.

The Province of Quebec is also a good location for agri-tourism with farms producing maple sugar products, ciders, herbal oils and numerous varieties of artisanal cheeses. You’ll find lots of opportunity in Quebec to enjoy outdoor fitness activities such as hiking, cycling and cross-country skiing. Quebec is also where you’ll find the largest collection of Nordic-style spas. 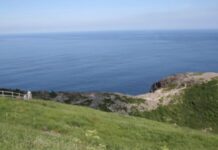