The Place: It’s hard to believe that the Blue Lagoon is less than a decade old, it has become such a well-known attraction for visitors to Iceland. Once experienced, it’s hard to resist returning to its silky healing waters, and 407,000 do annually – more than the total population of this tiny island nation.

The Location: Just a short drive from Iceland’s Leifur Eiriksson airport, and 40 minutes outside of the capital Reykjavik, it’s the perfect stop on the way into the city, guaranteed to relieve any jet lag. Buses to the Blue Lagoon leave regularly from the airport and Reykjavik hotels, and allow you to leave your luggage on board the bus while you soak.

The Environment: Surrounded by a massive black lava field formed during a volcanic eruption in 1226 AD, the Blue Lagoon is an oasis in an otherwise forbidding landscape. Rocky, porous and difficult to cross, Icelanders tended to avoid lava fields, considering them wastelands – until now. The suite of sleek modern buildings that surround the pools harmonizes beautifully with its surroundings, and uses simple materials – jatoba wood, concrete and lava bricks – to reflect the spa’s mission of protecting the natural environment.

The Distinction: Few spa experiences can match that of Iceland’s most visited attraction. The water of the Blue Lagoon is unique in the world: a combination of silica, geothermally-heated sea water and algae that creates the lovely milky-blue hue of the water. It all started back in the early ’80s, when the Svartsengi geothermal plant began to discharge water rich in salt, algae and silica. A pool of this unique water formed in the lava fields and, when locals began bathing in it, (Icelanders cannot resist a natural hot tub!), they discovered that it cleared up myriad skin conditions, including psoriasis. By the early ’90s, plans were in place to create a bathing and skincare destination, and in 1999 Blue Lagoon opened to universal raves.

The lagoon holds six million litres of geothermal seawater, which is renewed every 40 hours, making it very hygienic. The mineral-rich water and the emulsified salty white mud that bathers use as mud-packs are said to have exfoliating as well as rejuvenating characteristics. In particular, the Blue Lagoon’s coccoid algae and filamentous algae stimulate the skin’s natural collagen production – the holy grail of anti-aging – something the Blue Lagoon stresses in its new skincare line.

The Experience: Floating in a steamy turquoise pool in a natural bowl of black lava is absolutely transporting, and Iceland’s pristine air and environment makes it a particularly cleansing sort of experience that can’t be reproduced anywhere else in the world. I followed a group of young English women as they waded through the milky water and coated themselves in the mineral-rich, silica mud. Surrounded by the spectacle of dozens of people in white face, I tried it myself, and was rewarded afterward with the smoothest skin I’ve had since infancy.

On a subsequent visit I tried an in-water massage, a treatment experienced while floating freely in the water on a soft foam mattress, covered by a cozy fleece blanket. My masseuse Kate explained that she would be using a reverse technique of gently massaging from the bottom up, pressing upwards instead of the usual downward strokes, and amplifying that lovely feeling of floating. Every so often she would push down on the edges of the mattress to flood it with warm water, creating a sensation that is as close to being in the womb as a massage can get.

Spa goers can indulge in a full range of treatments, including salt scrubs, algae wraps, silica massages, pregnancy massages, and mini-massages for children 6 to 11 years of age.

Accommodations: Most people stay in Reykjavik, but there are also 15 rooms at the onsite medical clinic, pending availability. Single rooms start at 9900 kr ($130 CAD), doubles at 12,900 kr ($169 CAD), and prices include taxes and service charges as well as complimentary breakfast and entrance to the lagoon. The Blue Lagoon clinic is usually closed over the Christmas holidays. Plans are to add accommodations soon.

Where to Eat: Iceland’s organic, sustainably farmed meats, freshly caught seafood, and hothouse-grown fruits and vegetables have drawn some of Europe’s finest chefs to its shores, creating a cuisine that rivals anything I’ve tasted in Paris or London. It’s definitely worth splashing out on an excellent meal to experience it, and the Blue Lagoon’s award-winning restaurant, Lava, is one of the best places to try it. It’s not cheap, but not much is in Iceland. If you’d rather save your money for a gourmet meal in Reykjavik, you can nosh on a classic Icelandic hotdog at the Blue Lagoon café.

The Extras: While Blue Lagoon is primarily a therapeutic spa, the rejuvenating effects of its algae and minerals prompted the creation of a skin care line. The line includes more than 40 products all incorporating the unique elements found at the site – Blue green algae, silica, salt and minerals. (Products are already on sale at Saks Fifth Avenue in the U.S. and will soon grace the shelves of Holt Renfrew in Canada. It’s also available at the Blue Lagoon online store.)

Beyond the Spa: Iceland offers more geological phenomena in its compact island setting than can be found on most continents, due to its location atop a huge rift separating the European and North Atlantic tectonic plates. Many of them are within a day’s drive of the capital, Reykjavik. Hop in a Super-Jeep for a ‘Golden Circle’ day-tour that includes a greatest hits package of natural wonders, including the majestic Gulfoss, Europe’s second largest waterfall, and Thingvellir National Park, where the world’s first parliament was established by Iceland’s original Viking settlers in 930 AD.

What I Liked Best: The silky water and unearthly setting was unforgettable: it truly felt like I’d been transported into another dimension, or at the very least onto another planet. I’ll never forget looking up to see the night sky illuminated by thousands of stars, and some nights the Northern Lights put on a grand show as well. Surrounded by the architect’s stunning trio of buildings, I felt as though I were on a movie set, or in the most glamorous pool imaginable. But above all it’s a healing experience, particularly for those with dermatological conditions, who will find it among the most soothing balms on the planet

Words to the Wise: Don’t worry about tipping in Iceland: professions are taken very seriously and salaries – even in the service industry – are high and help maintain a high standard of living for all Icelanders. It’s up to you whether or not to tip, but it’s certainly not expected. In fact one Icelander begged me not to, saying ‘If you tip, soon we’ll all have to as well!’

For more info: www.bluelagoon.com
For more on Iceland: www.icelandnaturally.com

Editor’s Note: Please keep in mind that prices reflect the time of our visit. Please check with the spa for current prices.

Ilona Biro is a freelance travel writer in Toronto who also works as an online editor for AOL Canada. 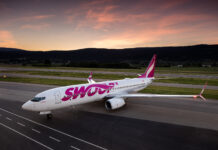