It’s a tough hike up San Pedro Volcano but totally worth the climb!

If we’re talking places to just BE – at least for long enough to admire the view – the top of San Pedro Volcano on the edge of Lake Atitlan, Guatemala is as good as any. The only trouble is that it’s quite a workout to get to the summit especially, if you, like this writer, like to boot it to the top and beat the average time for such a climb. In the case of San Pedro, the average time is three hours, we (my guide Juan Diego and I) made it in two hours and 15 minutes.

As I stood staring at the volcano from the pool side terrace of Porta Atitlan – where I stayed for my two nights in Panajachel – it called out to me and I knew I had to climb it. Plus, having been on the road for the last several weeks, I was in need of a really good workout.

The day begins with a boat ride across the lake to the town of San Pedro, one of several that hug the rim of Lake Atitlan, a former crater and the deepest lake in Central America.

I booked a guide and a private boat (most of the boats are old fishing boat as above) through Adrenalina Tours.

I decided on a private tour for two reasons:

1. Safety. Boats heading across the lake tend to be overloaded and I didn’t want to take the chance of having to swim back to shore from the middle of the lake.

2. Time. The public boats pick up people at the various towns (there are about a dozen in total) around the lake so it takes two or three times as long to get to San Pedro. A private boat takes about 20 minutes.

The hike up San Pedro is a mix of terrain including steps made from earth and framed with wooded beams, well-worn paths networked with tree roots and strewn with leaves, some natural stone steps and mostly forest trails. Inclines range between 45 and 60 degree angles making this a medium to difficult hike especially is you are trying to break the average climb time.

There isn’t a huge amount of space at the rocky peak but there is enough room to stop, relax, enjoy the view and grab a quick bite from a packed lunch to refuel before heading back down. The downward trek is steep, slippery and takes another couple of hours. For the fit-minded and the reasonably fit hiking San Pedro Volcano it’s a excellent half-day adventure. It’s one of our favourite hikes! 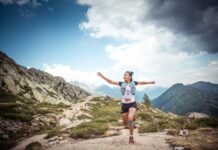