Taking up yoga now during this time of social distancing may actually help enhance our travels once this global crises has been resolved and we continue to travel the world for Wellness Retreats and Wellness Vacations. Travel to Wellness reader and international yoga instructor, Kiersten Marie Brown shares her experiences.

When I had to climb down the side of a cliff with just my hands and feet to get to a gorgeous 20-foot-tall waterfall I thought to myself, I am so glad I practice yoga. During my first backpacking trip to Havasupai Falls, Arizona the land of the crystal blue lakes and stunning waterfalls, my friends and I hiked 10-miles into a steep canyon while carrying all of our equipment on our backs. I never would have been able to complete the trip if it wasn’t for my yoga training – not only for strength and endurance but also breath work. A few years after this trip, I began traveling internationally and discovered just how important my yoga training was to my travel experience. 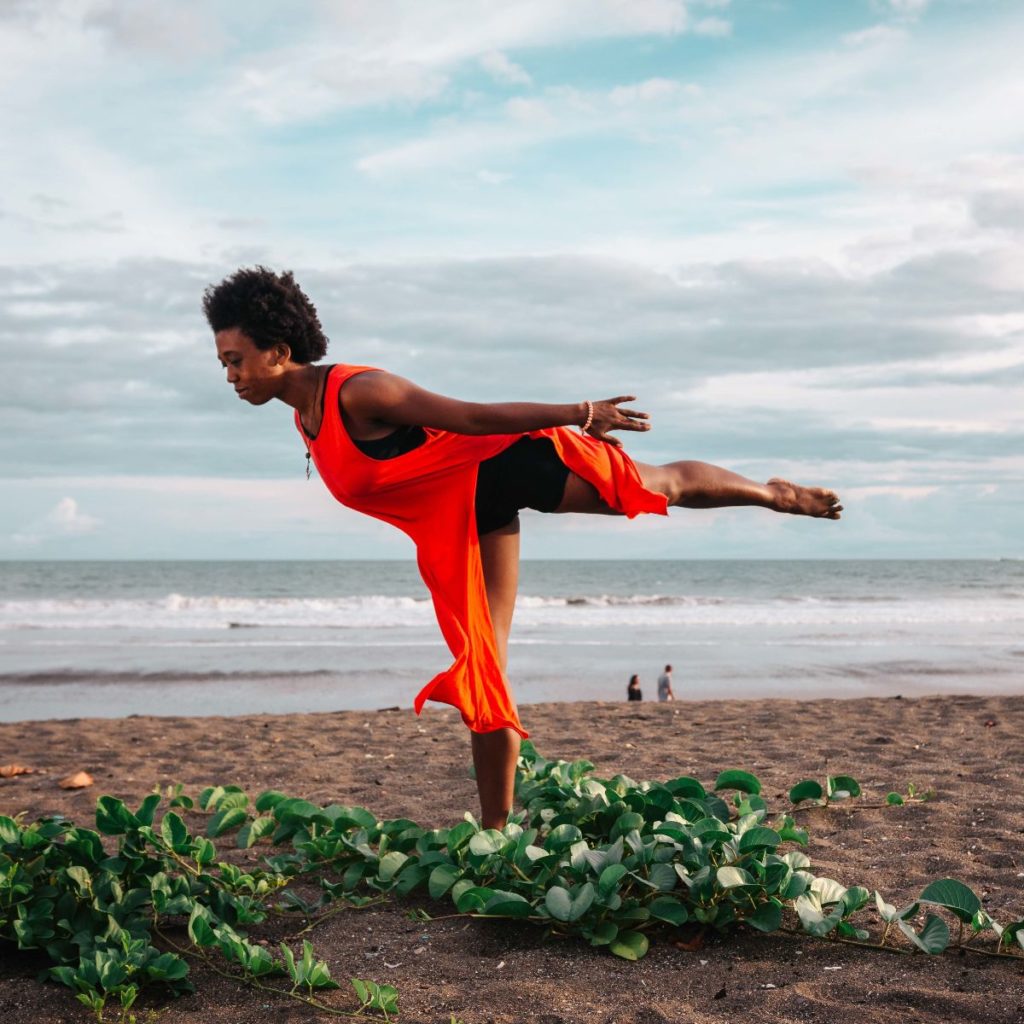 In 2017, when I moved abroad to Panama, I started traveling throughout Central and South America, and my feet were my number one mode of transportation. Very different from my Los Angeles lifestyle when I would drive everywhere. In Latin America, I walked along dirt paths, underneath mango trees and sometimes across busy highways in the middle of traffic. A typical day would consist of my walking to the grocery store, the metro station, sometimes walking to a secluded beach or hiking up a steep mountain overlooking the city, all in extremely humid weather. At the end of the day, I would come home and sink into some yoga postures, such as Forward Fold, a High Lunge and, of course, a Downward Facing Dog. After stretching out the leg muscles I would be prepared for the next day that would, of course, include a lot of walking.

Another way yoga has benefited me physically while traveling has been after long cross-country bus rides. Traveling in Latin America, even traveling between countries is budget-friendly, but while it was good for my wallet, it wasn’t always good for my hip flexors. Doing lunges before and after my bus rides allowed me to hop off the bus in my new destination and head straight to the first adventure instead of spending the day with sore and tight muscles.

Thanks to yoga, being flexible enhanced my travel experience

There was the time my friends and I fit eight people into a five-seater car while trying to get to the beach. I was more than fine sitting on the car floor with my legs in a pretzel like position, because of the flexibility I acquired from yoga. So many active and culture experiences were opened up to me because I was physically able to do them, such as climbing volcanos in Costa Rica, surfing the Pacific ocean waves, salsa dancing under the stars and so much more. 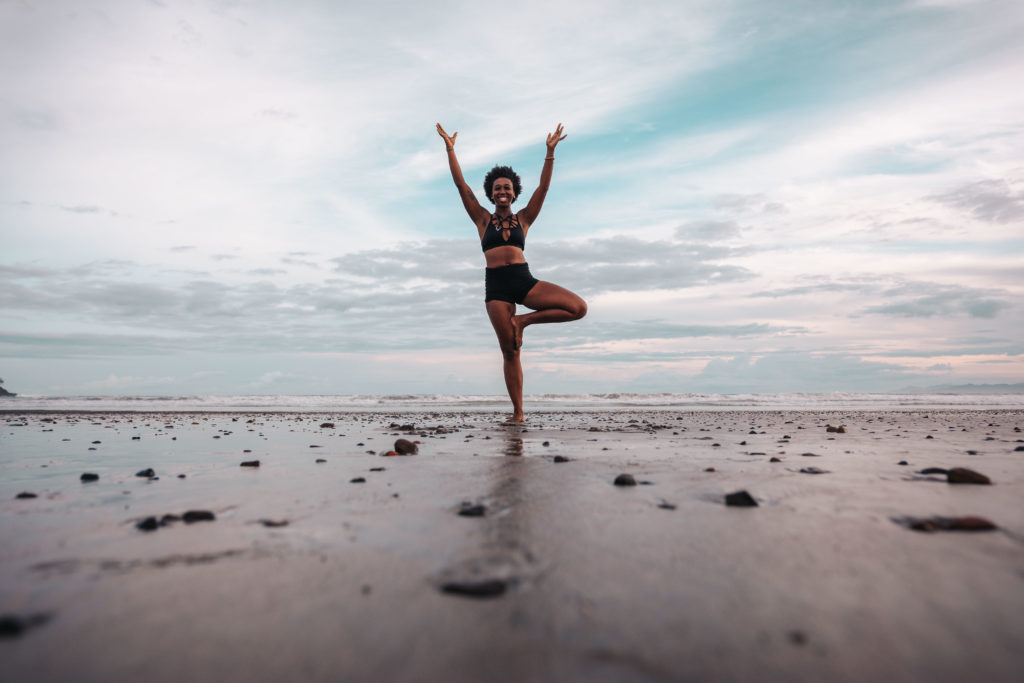 I remember my first solo trip to Puerto Vallarta, Mexico. I wasn’t sure how to make friends and meet people, and this was before apps and websites such as CoachSurfing and Meetup became popular. So what did I do? I joined a yoga class. There I was able to connect with locals to not only deepen my yoga practice, but I was able to make new friends. When I’ve walked into most yoga studios, no matter where in the world I happened to be, there was often an atmosphere of community. I’ve taken yoga classes in Panama, Costa Rica, Mexico, and Colombia and every time I’ve done so the anxiety of being a solo traveler has melted away.

Although I consider myself an experienced yogi, I admit I was skeptical at first. My initial reaction to yoga was that it was too slow. However, I now see the intentionality behind moving slowly which is being mindful and conscious of the movement between body and breath. This mindfulness has directly translated into my experiences abroad. Traveling is exciting and fun but can be stressful at times. I can’t tell you the number of times I’ve gotten lost, felt pressured to see all the important monuments in a short four-day trip, became frustrated over language barriers and just felt utterly overwhelmed by being in a completely new country. But in those moments, I would come back to my moments in yoga class holding Chair posture. Chair is a simple but intense posture that strengthens the quads, calves and back muscles all while making them feel like they are on fire while holding steady in the posture. In those challenging moments in yoga classes I’ve learned to connect deeper with my breath, and allow my mind not to be crowded with thoughts by connecting deeper to my body and embracing the moment. So when I was waiting on the side of the road under the scorching Panama sun for the bus that was 30 minutes late, instead of waiting in anxiety I was mindfully listening to the birds sing, watching the people walk by and just being grateful that I have the opportunity to experience a beautiful country. I’ve learned to let things flow just as I did in my Vinyasas class.

Most of the people including myself attend a yoga class to decompress from the challenges of living in an overstimulating city life, or relief from sitting behind a desk for eight hours a day. However, for those who want to travel, taking a yoga class can be just as important as choosing the right carry on or scoring low cost flight deals. I’ve been able to make the most out of my experiences while traveling because yoga has improved my physical and mental wellbeing. Going back to my trip to Havasupai Falls, after the 10-mile hike, although I was tired instead of gasping for air I could enjoy the picturesque scenery of red colored rocks and crystal clear blue waters. Isn’t that the wonderful thing about yoga is that is can be applied on and off the mat.

Kiersten Marie Brown is a Travel Coach and International Yoga Instructor. After spending years teaching in Los Angeles she decided to leave everything she knew to start a new life in Panama. Since then she currently resides in the sunny southern coast of Spain where she focuses on helping other women create profitable and meaningful lives abroad. You can get her free guide to living abroad here or follow her on Facebook 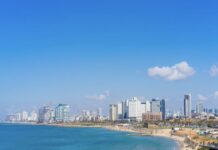 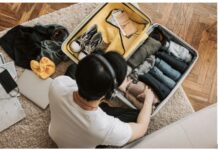 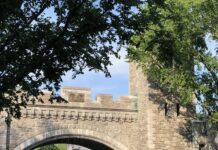 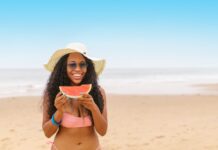 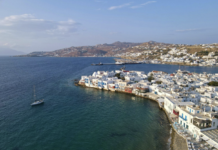 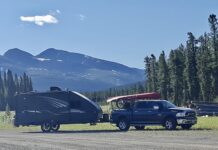