In the West, we’re so used to popping a pill for our issues. Have a headache? Pop a pill. Too many spicy tacos and a killer case of heartburn? Pop a pill. It’s what we’re used to, but that doesn’t mean it’s the only option or even the best option. In fact, instead of running to your medicine cabinet, you may want to hit up your refrigerator first. 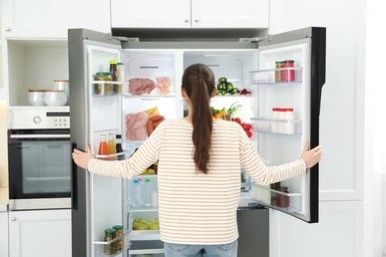 Food has been used as medicine since 400 BC. Eastern medicine traditions like Traditional Chinese Medicine (TCM) and Ayurveda have been using food to prevent sickness, treat health problems, and ease pain since their inception. Whether you’re a fan of Eastern medicine or you’ve never heard of it, there’s no denying that what we eat affects the way we feel, so logically it makes sense that it can alter your wellness in other ways, too.

Herbs, fruits, and veggies can help you deal with everything from insomnia to indigestion. So,  here’s how to stock your fridge/medicine cabinet, based on Eastern medicine wisdom.

To Get Some ZZZs

Mix up some dried jujube fruit with walnuts for a pre-bed time snack. Jujube is a sweet red fruit that is like the TCM equivalent of ambien–people have been using it to help them get to sleep for centuries. It has saponins and flavonoids that signal to our brain that it’s time to hit the hay, and studies show it can help us stay asleep longer. Plus, walnuts are a natural source of melatonin, so it’s a double-whammy.

Another option is Ayurvedic “moon milk.” This ancient recipe is an age-old remedy for stress and sleeplessness. Just heat up a cup of organic milk on the stove and add some honey or dates for a touch of sweetness, then herbs like cardamom, cinnamon, turmeric, and ashwagandha for an extra chill effect. Milk is a natural source of melatonin and tryptophan, so it’s a surefire way to get you ready for bed.

Non-steroidal anti-inflammatory drugs such as aspirin or Advil have a potential for long term kidney problems. So instead, when you’re feeling achy, try these first.

For joint pain and inflammation, try making a turmeric latte at home. Mix coconut milk, almond milk, turmeric, and honey into a pot on the stove and bring it to a boil. Turmeric has been used in Ayurveda as an arthritis treatment for hundreds of years, and studies show it has major anti-inflammatory effects thanks to a chemical called Curcumin. You can also add cinnamon, nutmeg and cardamom for extra flavor.

When you’re feeling sore, make sure to load up on ginger. You can chop it up and cook it in a stir fry, brew it into some tea, or grind it up and use it in a sauce. In TCM, ginger is considered a warming food so it relaxes and loosens up your muscles. Ginger is anti-inflammatory and anti-oxidative, so it helps with joint pain and even period cramps.

For An Upset Stomach

If you’re bloated or nauseous, brew a big pot of peppermint tea. In TCM, peppermint is known for boosting Qi circulation, which is also great for digestion. The menthol in peppermint helps to relax the muscles in your digestive system, making it easier for gas and digested food to pass. And don’t forget to eat more probiotic-rich food like miso and sauerkraut to balance out the good and bad bacteria in your gut.

For heartburn, there’s nothing like a cup of licorice tea. TCM practitioners use it to strengthen the digestive qi (a vital energy that flows through the body, helping to maintain a person’s health) and clear out heat toxins. Studies have shown that it’s more effective than antacids such as Tums in the long term because it increases the mucous coating on your esophagus. Like most therapeutic herbal teas, it will take some getting used to, but it may be worth it.

When you can’t stop stressing, turn to Ayurveda’s heavy hitter: Ashwagandha. This herb is known for its grounding, calming properties in Ayurveda, and studies have shown that it helps lower anxiety levels by lowering amounts of the stress hormone cortisol and adrenaline. It doesn’t just help your brain deal with anxiety–it’s also adaptogenic, which means it helps your body respond better to stress, too. It’s got a pretty earthy flavor, so mix the powder into smoothies or tea.

Another herb with powerful anti-anxiety effects is the ancient plant, Ginkgo Biloba leaf. This herb is said to boost brain function, reduce anxiety symptoms, and might even help with depression. Ginkgo comes in capsules, liquid extracts, and standardized extracts, but my advice is to keep fresh Ginkgo on hand and have a dose of Ginkgo before bed to help stop your thoughts from racing. Note – ginkgo contains urushiol like poison ivy, so don’t consumed it directly.

Even when there’s not a global pandemic, it’s important to support your immune system with your diet.

Astragalus is an adaptogen that protects the body from stress, which can cause our immunity levels to plummet. It also activates the white blood cells that power our immune system. You can throw it in stews, brew it in a tea, or just take a capsule of dried Astragalus with meals.

The poria mushroom is another great food for immune support. Poria contains polysaccharides that enhance immune function by decreasing inflammation in the body. It also has super-powered antioxidants called triterpenoids which can improve your immune response by destroying toxic free radicals.

Even after all this, if you still feel a cold coming on, load up on anti-viral and anti-inflammatory Echinacea. Studies have shown that this herb can make symptoms less instense and illnesses heal faster by stimulating T-cells, which act as the fighter cells in our immune systems. Take it for a few days in a row when you’re feeling run down to help your immune system fight off whatever bugs or bacteria you’ve come in contact with.

To Help When you OverIndulge

Everyone enjoys a glass or two of wine every now and then, but for those times where you’ve had a little too much celebrating the night before, head to the kitchen to help deal with the headache, nausea, and dehydration that come along with a hangover.

First, fats are your friend for hangover prevention. A sip of milk or some ghee will help coat your stomach so that alcohol doesn’t do major damage.

Then, rehydrate with plenty of water, bone broth, or kombucha. Bone broth has electrolytes that contain nutrients like sodium, potassium calcium and fat to help you regain what you lost the night before. Fermented kombucha, on the other hand, has probiotics, and antioxidants that detox your liver. You can also brew up a cup of Kudzu flower tea, which can actually reverse alcohol-induced liver damage by targeting harmful free radicals.

Once you’re rehydrated and have replenished the vitamins and nutrients lost from over indulging, it’s time to target other symptoms. For headaches and nasuea, make some green tea with ginger and peppermint. The caffeine from the tea helps restrict blood flow that puts pressure on nerves in our brain, causing painful headaches. Ginger has been found to be just as effective as migraine meds, and peppermint contains menthol that helps to relieve tension that causes painful hangover headaches. Both ginger and peppermint also help to calm a nauseous stomach, so you get two birds with one stone.

Food is fuel, but it’s so much more than that. Depending on what you eat, you can heal or hurt your body in the long run. So the next time you head to the pharmacy, make a stop at your local grocery store, too. You just might find that your fridge is the key to your health and happiness.

About the author: Jacqueline Gomez is the founder and CEO of welleum, a NYC based startup bringing Eastern medicine to the modern Western world.  An MBA-­level executive, Jacqueline has over a decade of global leadership growing health and wellness oriented businesses. 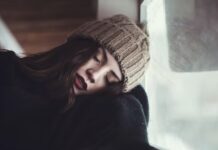 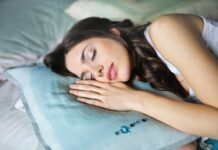 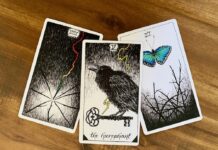 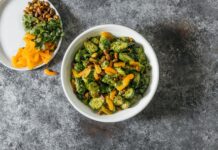