Story and photos by Rachel Young

While the stereotypical road trip rarely captures us at the pinnacle of our wellness, traveling in a car doesn’t have to be the downfall of all our everyday wellness efforts. That’s why I set out to travel the United State’s East Coast in a way that played upon my favorite forms of wellness, while minimizing stress and giving me a chance to experience each city in the most authentic way.  So, I grabbed my yoga mat, my farm-fresh car snacks (baby carrots and raw green beans) and set out on my solo wellness adventure. The first stop on my wellness adventure was Long Island. Surprised? You shouldn’t be. Long Island isn’t just the home of corn dogs and mixed alcoholic teas. I took respite in a lovely airbnb in the area called Island Park. It was an electric house, nestled up right against the shore of one of Island’s many waterways; a little reminiscent of Venice, but with big cushy houses and groups of velour-clad people speed-walking at sunset. There was something hypnotic about the sparkling, ever-moving waters, which lay just a stone’s throw away from any of the house’s three decks, that had people in a trace. It sure had me in a trace, as I did yoga on the whitewashed bridge that led from one side of the dulcet waterway to the other, as a family of swans wove intricate patterns in the waters below… and I realized how it felt, and conceded wholeheartedly to, living life the Long Island way.

It wasn’t long before a blizzard stopped me in my tracks. What was supposed to be a stop for lunch in Baltimore turned into a three-day excursion that involved having my car snowed in, crashing on friends’ couches, and sampling all the amazing vegan food options which existed within walking distance of a particular downtown apartment. I mean, what else is there to do when two vegans get unexpectedly snowed-in, in the middle of the week, with no plans and nothing to do? Well, I can tell you with a degree of certainty that The Grub Factory’s Mac and Cheese (which is also soy-free!) is to die for,  That Snake Hill serves incredible vegan sausages (which are heavy enough to keep you warm during those particular blustery days) and Great Sage, which requires some driving, will keep your mouth watering with its extensive menu and ability to “veganize” all of your favorite dishes. Let it snow, let it snow!

Virginia— Locate Your Roots Deep Within The Earth

Heading further south to escape the snow, I sought haven in Virginia — specifically, a small town called Natural Bridge. If you haven’t heard of Natural Bridge, don’t be too hard on yourself. It’s a sole exit off of I-95, with a “blink and it’s gone” kind of feel, but the people who live there are hearty and welcoming. Natural Bridge’s claim to fame is the 215-ft stone archway(once owned by Thomas Jefferson) that stands tall and proud in one of the area’s many state parks, but why stop there? Below the ground, there exists miles of caverns and natural caves that are just begging to be explored. There’s nothing more humbling than being dwarfed by the earth, pressed together and shaped by eons, and wondering what secrets it contains within its folds.

Asheville is a natural stop for a wellness-inspired road trip. After weaving through the serpentine curves of the Great Smokey Mountains, you come to a big city that still feels quite quaint. And, just as varied as the people who live here are different ways that people manage their health and wellness. For instance, intuitive dance, yoga, bodywork, essential oils, women’s retreats, drum circles, sensory deprivation pods, classes on diet (vegan, paleo, soy-free, grain-free, you name it, they serve it!) and festivals of all kinds all find a home within Asheville’s mountainous walls.

Savannah, Georgia — Get in Touch with Your Energetic Self 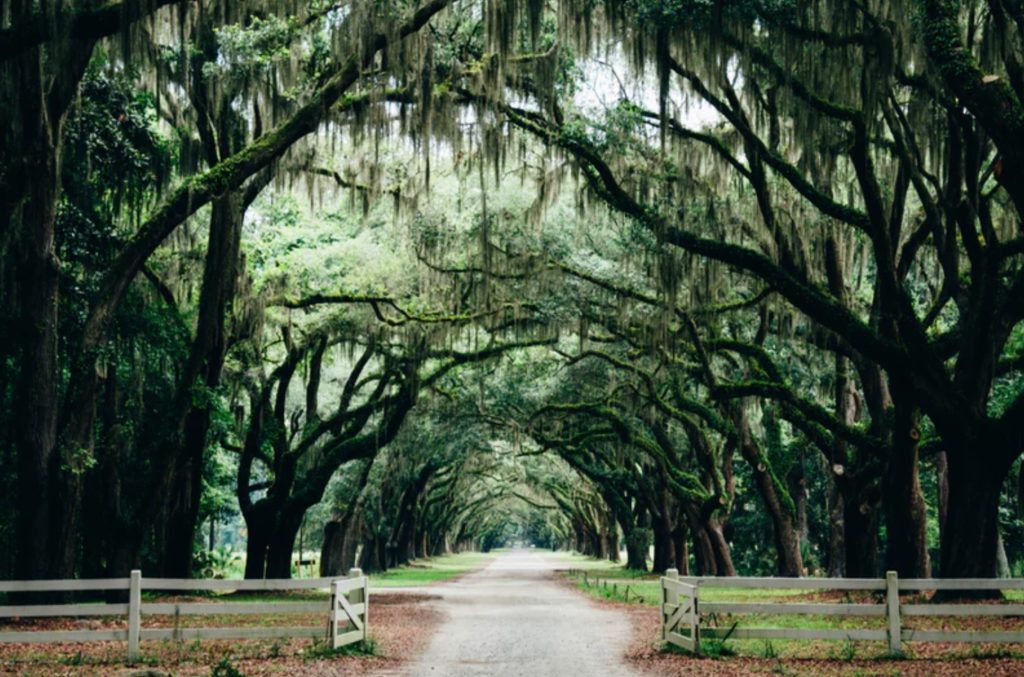 There’s a subtle spirituality that underlies almost everything about Savannah. From the voodoo culture of the past to the Historic District ghost tours that operate nightly, this historic town is known for its strong energetic presence. I felt called to bring my own energetic body in order, so I indulge in two different treatments: first, acupuncture with Coastal Acupuncture. The acupuncturist first did a thorough inspection of my mental and physical state, explained where he was placing the needles and why, and then continued to lead me through a guided meditation before leaving me to rest in the quiet room. I am relatively well-versed in acupuncture, but this level of relaxation was unparalleled. Newer to me was the Reiki session that I took part in. It was a beautiful hour, surrounded by stones and crystals and sacred symbolism, where my practitioner used his healing hands to channel the universe’s forces into my being. I left Savannah feeling suspiciously lighter, with a deeper alignment of myself and my ever-changing environment.

Fort Lauderdale, Florida — Everything You Wanted To Know About Yoga

My final stop on my East-Coast road trip was Florida. I drove straight through the state to visit a friend who had just completed training to become a yoga teacher. South Florida’s burgeoning yoga scene is experiencing a boom right now — you can’t travel down the street in the tri-county area without noticing a new studio, or classes being offered in communal green spaces, or on the beach. After tea at Yaxche Tea Room and a discussion on yogic philosophy, we found ourselves at the Yoga Center of Deerfield Beach for an afternoon class with one of my friend’s favorite teachers, Christine.  Out of many yoga classes that I’ve taken, this one in particular was different in the way that the instructor wove historical context and beautiful physiology into what was a delightfully simply series of poses. The insight and wisdom behind the instructor’s words was what led us to follow that particular teacher to three more classes that weekend and even buying one of her books on Teaching Yoga Deeper.

The American East Coast — that stretch of I-95 that extends from one tip of the country to the other — offers some of the greatest sights that you can see on four wheels. From Maine to the Florida Keys, there’s so many different kinds of things to hear and see, taste and touch… and vacationing in a way that doesn’t disrupt your health is a beautiful thing all on its own. In for an interesting challenge? Plan a wellness-inspired road trip and see just how unexpectedly different the on-the-road lifestyle can be!

Rachel Young is a yoga teacher, a spirited explorer and lover of nature. Her desire to impact social action and change has led her to advocate for many causes close to her heart including literacy/education, animal rights and environmentalism. She loves most to travel, teach yoga across the world, and share her discoveries through writing. Read more of Rachel’s work at Therachellaurenyoung.com or Instagram

Check out these article on Other Wellness Experiences in Top Destinations

Escape the Snow and Work Remotely from Sedona this Winter 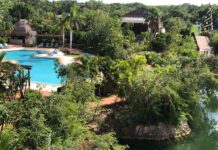